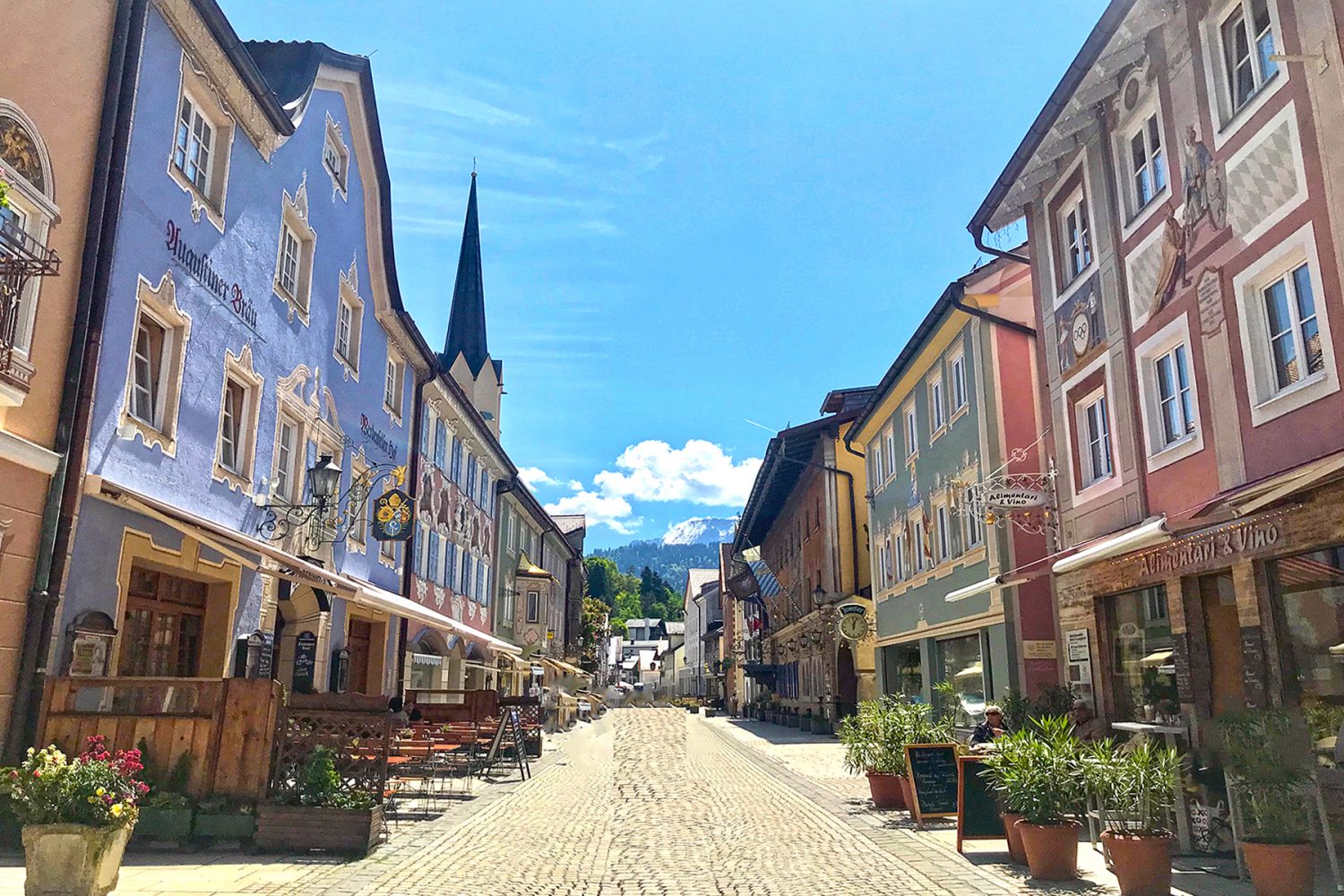 The reputation of Garmisch-Partenkirchen echoes far beyond the peaks of the Wetterstein group. People all over the world know the leading German winter sports region, which is also a well-known climatic health resort - but the market in the valley of the Loisach has remained famous and at the same time down-to-earth, contemplative. A handshake still carries the same weight there as it did a hundred years ago.
#Germany#Travel#Tip#Zugspitze#Garmisch-Partenkirchen

Every alley, every nook and cranny here tells its very own story. Old customs and new favourite places. Traditional Lüftl painting and village character meet stylish design hotels, hip cafés and individual shops. In this small town, top Olympic performances can easily be combined with deceleration and health. Garmisch-Partenkirchen is a place of contrasts.

One of the most visited lakes in the region around Garmisch-Partenkirchen is the Eibsee. The almost magical-looking alpine lake lies at the foot of the Zugspitze, Germany’s highest mountain. Many tourists connect the two attractions, so Eibsee and Zugspitze are often crowded. Less well-known but just as beautiful is the Riessersee. The lake is located at 785 metres above sea level in the Wetterstein Mountains and is easy to reach from the city. Once you reach the top, you are rewarded with a fantastic panorama: the Waxenstein and the Kramer tower above the water, and on a clear day even the Zugspitze massif is reflected on the surface of the water.

Most beautiful street in Garmisch-Partenkirchen

The most beautiful but unfortunately also the most crowded street in Garmisch-Partenkirchen is definitely Ludwigstraße in the Partenkirchen district. Here, colourful houses with paintings, oriels, brackets and stuccoes are lined up next to each other. The famous Lüfel painting is particularly visible here. The well-known façade painting in southern Germany is typical of Garmisch-Partenkirchen. Incidentally, the term Lüfelmalerei was coined because the façade artist Franz Seraph Zwinck usually worked at lofty heights.

The Roman trade route Via Raetia, which ran between Augsburg and Venice, ran through Ludwigstraße a good 2,000 years ago. A tip on Ludwigstraße is the “Chocolaterie Amelie” (Ludwigstraße 37). Master chocolatier Linus Kässer uses only the best raw materials and handcrafts them into delicious chocolate creations.

into delicious chocolate creations. In total, there are around 55 different types of broken chocolate and over 60 types of praline.

The classic way to get to know a town is on a guided tour, but in Garmisch-Partenkirchen there is a cooler solution: two young creatives have come up with something very special here: “Centro” owner Flo Nagel and event veteran Marco Wanke, who both have a great soft spot for vintage cars, offer a tour of the region in their companions. In lovingly restored vintage cars, they drive through the city to visit those places that are off the beaten track.

The Partnachklamm gorge is one of those magical places in the Zugspitze region where the irrepressible power of the elements can be felt. Besides the water, it is the air that is special in Garmisch-Partenkirchen. You can really breathe easy in the climatic health resort – the mountain air is fresher and purer than elsewhere. Perfect adventure holidays and a lot of fun are wild and romantic hikes.

With opening hours from 6am to 10pm from 1 June to 30 September, hikers also have the option of using the Partnachklamm gorge as a passage early in the morning and late in the evening. © Pixabay

Garmisch-Partenkirchen at a glance

Editor’s tip:
Explore Garmisch-Partenkirchen and the Zugspitze region in comfort with a a rental car from Sixt.