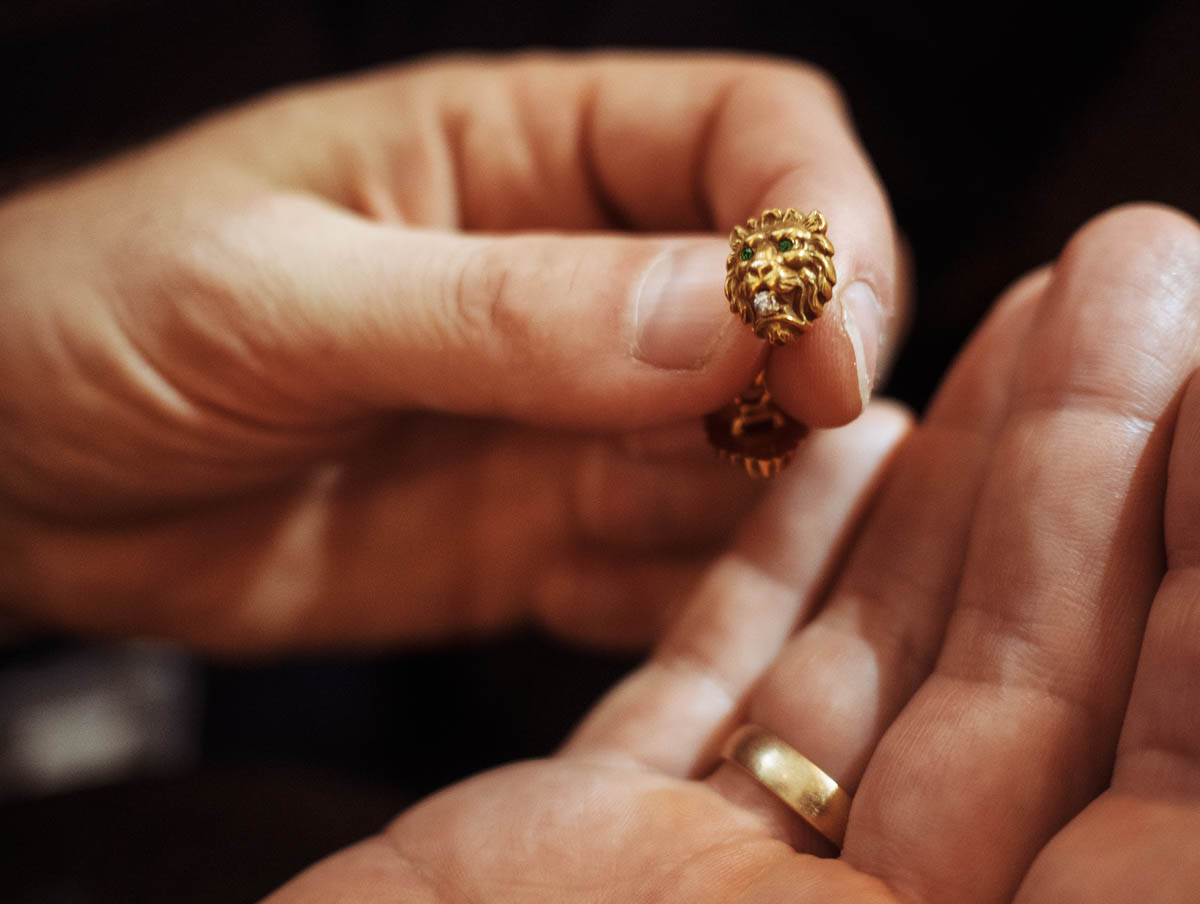 Near the hotel, "I hate people" is spray-painted graffiti-style on a wall. Fortunately, an empty threat in view of our round of talks in the noble Hotel Stue.
#Berlin#Art#Tip#Fashion#Manufacturing#Hotel#Interview#Style

The “Stue” – Danish for parlor – sees itself as a kind of salon, a space for encounters and conversations, and is the answer to the longing for a quiet retreat in bustling Berlin. This is where you want to be. Built in the listed building of the former Royal Danish Legation, the interior has a calming and inspiring effect at the same time. The only thing that seems rather aggressive is the bronze crocodile head by French artist Quentin Garel, which makes its striking appearance in the hotel’s foyer. But it is not the salon, but one of the libraries in the building that is the meeting place for three extraordinary people who have accepted my invitation: Boris Radczun, Martin Purwin and Jörg Woltmann.

Classic elegance in the capital Berlin

The interaction with each other seems familiar, people know and appreciate each other. There is nothing to indicate that there are more appointments to come. All the men are relaxed. Basically, it’s easy to have a conversation with them about style and character, since they all stand for such in Berlin. Radczun has developed a feel for the yearnings of this city. The “Grill Royal” on the Spree, the “Pauly Saal” in the former Jewish Girls’ School, the Scandinavian restaurant “Dóttir” and with “La Petite Royale” in Charlottenburg he runs various in-destinations with his partner Stephan Landwehr. Purwin is his partner at Purwin & Radczun, where they tailor fine shirts and suits for men in Berlin. Martin Purwin comes from a family with a textile tradition. Even his grandfather dealt in fine fabrics, he reports, as he waxes lyrical about the qualities, weights and structures of fabrics. For a few years now, shirts, trousers, suits, tuxedos and tailcoats have been tailored on Tempelhofer Ufer. Where elsewhere several layers of relatively stiff horsehair and padded shoulder sections are used to create a structure that literally equips the man, at Purwin & Radczun it’s all about grip. The feel in the hand is so pleasant that you don’t want to stop kneading the fabric. The suit moves with you, nestles around your body. If you want to celebrate New Year’s Eve in one of Berlin’s trendy clubs, you don’t need armour, it’s that simple: “The English suit wears its owner, with us the owner wears the suit,” explains Martin Purwin. One is careful not to appear too classic-British but also not too fashionable-Italian. Rather, they combine the best of both worlds and form their own ‘Berlin style’:

Uncompromising in production and yet completely individual.

And “A tailor-made suit costs time, the selection of fabrics for the suit and for the shirts, the cuts.” As for the subject of traditions and material texture, that is the domain of Jörg Woltmann. Rather involuntarily, as he reports, he saved the Royal Porcelain Manufactory from insolvency over ten years ago. In an interview, he talks about his love of porcelain, how KPM is now doing, and why Berlin is the very best location for him. Berlin is important because all eyes are on this city. Here you can make a difference and send signals to the whole world. And the whole world is important for the porcelain manufactory. “Economically, the company could be in a better position, but after some time I have become aware of the task and obligation it is to preserve this cultural asset. This includes, for example, historians who maintain the KPM archive. The many molds have to be revised, all of which costs an enormous amount of money,” says Woltmann. But this is inevitably part of the job if you want to preserve a cultural asset. During the conversation, Hans-Joachim Böhme from fashion designer Fiona Bennett and jeweller Clemens Ritter von Wagner join the group. Böhme fully loaded with sprawling hat boxes full of distinctive men’s hats, Wagner with small boxes full of fancy cufflinks. Who could doubt the resurgence of style and elegance in such a round? Not us! When Clemens Ritter von Wagner leaves his boutique, it is often with valuable jewellery in his luggage. Because the pieces of the Berlin jeweler are so exclusive that he brings them to interested parties for discreet presentation. For example, the Victorian lion’s head cufflinks made of 585 yellow gold. The man who thinks something of himself wears – in addition to a hat – once again a shirt with cufflinks. Woltmann smiles knowingly: his cufflinks with signet are from his own porcelain manufactory.

Knowledge of origin and materiality determine the theme.

It’s fitting that Woltmann has brought along a witch’s cup in addition to the cups and tableware. “Our products have always been inspired by nature, literature and Greek mythology”, he explains the valuable piece. The relief on the witch’s cup picks up on the Walpurgis Night scene from Goethe’s Faust I. The charming interplay of light and shadow gives the relief its effect – a grateful motif for photographer Stefan Milev.

If Paris is called the city of love, London the music metropolis and Copenhagen the design capital of Europe – then what is Berlin? All three cities are distinguished by their different tastes and styles – but at least they have a style. And what style does Berlin cultivate?

The just-right big suitcase that you leave in Berlin to come back to again and again might be more likely to be found at one of the big flea markets, at Mauerpark for example or on Straße des 17. Berliners are masters at combining unusual pieces with products from established brands. Above all, Berlin style is imaginative and never boring. There are no limits to design diversity, individuality and creative extravangance, and there is hardly anything unusual that does not find its customers in Berlin. Concept stores present the typical Berlin lifestyle and awaken unimagined desire for objects never seen before. And in the more than 250-year-old porcelain manufactory KPM, tables can once again be laid in the grand Prussian tradition as if it were a matter of course. An imaginative wealth unfolds. After fashion, art and design, the culinary industry is now really taking off in Berlin. Pop-up restaurants are springing up, new concepts are being tried out – you can sense that a new Berlin gastronomy is asserting itself against that of London or New York. Those who get involved with Berlin in the process have to reckon with their tastes becoming more sophisticated – and very individualistic.

Boris Radzun knows all about taste.

He is considered one of the best-dressed men in Berlin’s bohemian scene. When asked about his style, he smiles. He doesn’t have to say anything about it: just by looking at his clothes, you can see that he knows what he’s talking about. And his restaurants? Nothing here is sterile or boring. That may also be due to the architecture degree he once took, and his interest in beautiful and quirky things in general. And there it comes through, which has defined our conversation. There it is again, the newness of Berlin. It’s all a question of definition.

Above all this, we almost forgot the reason for the appointment. Together we wanted to talk about the new business vehicles. It came to that on the way out. Everyone liked our selection of BMWs, Audis and Volkswagens – typical for Berlin and significant: Boris Radzun doesn’t have a driver’s license and prefers to walk. At this point, many thanks to the manufacturers and to Sixt Autovermietung for providing the vehicles – our photographer was pleased.

Of course, our recommendations revolve around the article. First of all, there’s the hotel. The Stue is a secluded address in the middle of the embassy district in the centre of the German capital, with a view of the enclosures of the Berlin Zoo and the Tiergarten Park.

Sixt is a competent and reliable partner if you are looking for an attractive rental car in Berlin. 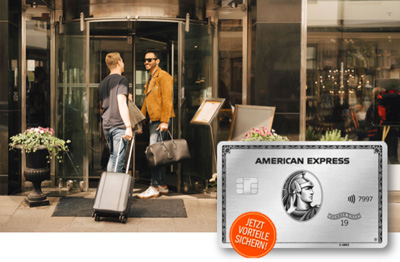