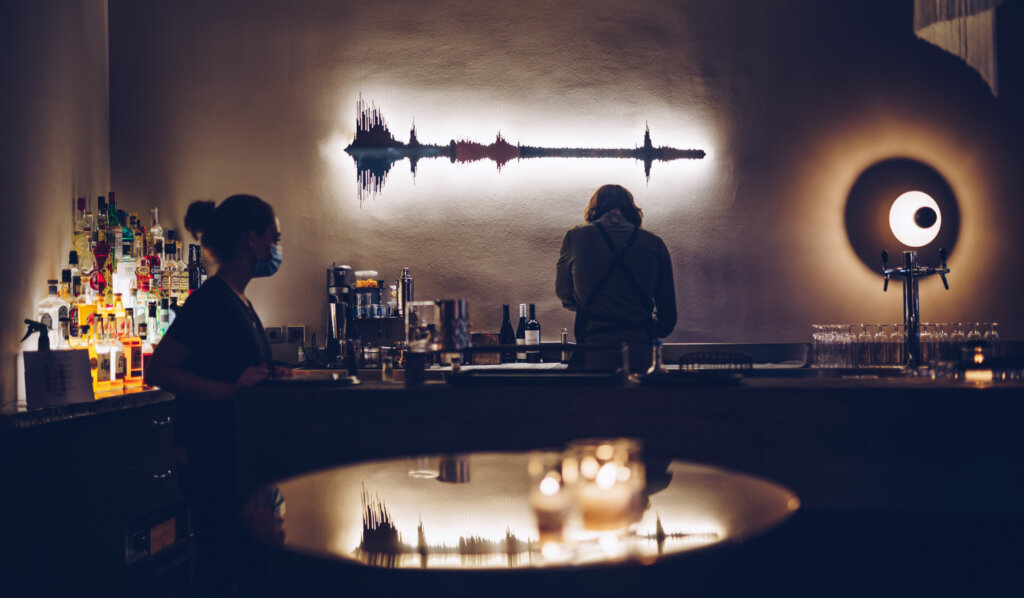 The name Hawker is not a reference to Edward Hopper's "Night Hawks," although many a night owl will feel right at home here not far from Savignyplatz. Owner Patricia Strickland, who grew up partly in the U.S., found the term "to hawk" something appealing. Yet this rather colloquial term certainly doesn't apply to this insanely charming place. On the contrary, there's a striking amount of attention to detail in the stylishly casual ambience and design.

Perfectly executed classics, as well as their own cocktails, such as "Shady Lady", in reference to "White Lady", and the exquisite cuisine of Chef Sibu from Cape Town and Patissier Matthew from London, show that the Bar & Kitchen concept is served with equal parts ambition. Here, food and (!) drinks are just right.

The entire team, the charming hostess Judy should definitely be mentioned here, knows how to implement the claim "Made for good times" with joy, competence and completely without attitude. Originally intended as an exhibition space for artist Trixie Lightner, but with a restaurant concession, the idea came from Patricia's daughter: "Let's do something with it, a bar..." "Fine, but if there's going to be drinks, let's have good food to go with it," her mother added.

So the beautiful rooms became an upscale-gastro-venue with high-end art, instead of pure exhibition space.

A gallery, which will exclusively show art and design from November, is currently being built vis à vis at Schlüterstraße 5.

At Hawker, it's clear what it means to pay attention to every detail.

Carefully chosen music and lighting, archaic materials like old wood, handmade tiles and engraved cast bronze tabletops, sustainably produced chairs from Denmark, specially produced stone benches, basically everything that makes up the interior makes it clear that Hawker has been created as a classic in which patina is to develop.

Not as the next trendy place to be. Linens, rather than cloth napkins, wooden trays and designer tableware complement the "made to last" concept.

Also designed to linger, the terrace. Metal chairs in 60s design, huge custom-made tree tubs with a counter running around under birch and maple trees and a large old flower table from Amsterdam further decorate the leafy outdoor area, whose lights beckon in the evening and are somewhat reminiscent of New York's gastro lighting concepts.

Another highlight is the WAV works by artist Trixie Lightner, in which pieces of music that were formative for her were translated from the auditory to the visual. The soundtrack of David Bowie's "Heroes," for example, is a perfect fit for Berlin, of course. Some of the cast bronze tables bear engravings such as "When I throw up, would you hold back my hair?" which the owner sees as a declaration of love, or a cast bronze pedestal, engraved with "Voluntary Outcast," which has sometimes been used as a "stage."

Many a singer-songwriter performed here already with the guitar, it can become also gladly still more. But it should remain spontaneous, if it arises from the mood. Everywhere there is something with meaning to discover. This also applies to the kitchen. The thin crusty bread with homemade herb butter, which is served at the beginning of the evening, goes perfectly with the cocktail. Patissier Matthew brought his sourdough mother especially from London.

Chef Sibu is a passionate chef, cooks with only high-quality organic products and knows how to bring international comfort food into today's world with relish. Served are sometimes American classics, but with a twist. Everything, really everything, is homemade. "As a child of the 70`s in San Francisco, "going out chic" was not an everyday occurrence and I remember my ma treating herself to a shrimp cocktail. I wanted to revive old school classics like that. Not totally deconstructed, as is popular everywhere today, but clean produce, old recipes, just brought into the modern era a bit."

We're excited about this Anglo-American appetizer classic. Fresh organic shrimp, crisp caesar salad (with crispy bresaola instead of bacon), and a classic American cocktail sauce make for a simple yet delicious dish. The same goes for the dreamy crispy vegetable tempura or Chef Sibus special arancini with Jollof rice, seasoned to perfection.

With the Cabernet Sauvignon 'Director's Cut' we drink a delicious red from Francis Ford Coppola's vineyard in California with our juicy burgers (of course with buttery, homemade buns and organic beef). Served with - in classic fashion - original Belgian fries and a crisp, light slaw with two kinds of house dips. The desserts are also sumptuous and homemade: Apple Pie, Red Velvet Cake, Lemon Meringue Pie must not be missing from the Anglo-Saxon desserts. The ice cream sandwich of butter cookies with lime ice cream and matcha is also delicious.

You can drink, dine and stay here like a Hollywood star incognito. If Hawker Bar & Kitchen doesn't become a hot spot, we don't know what will. 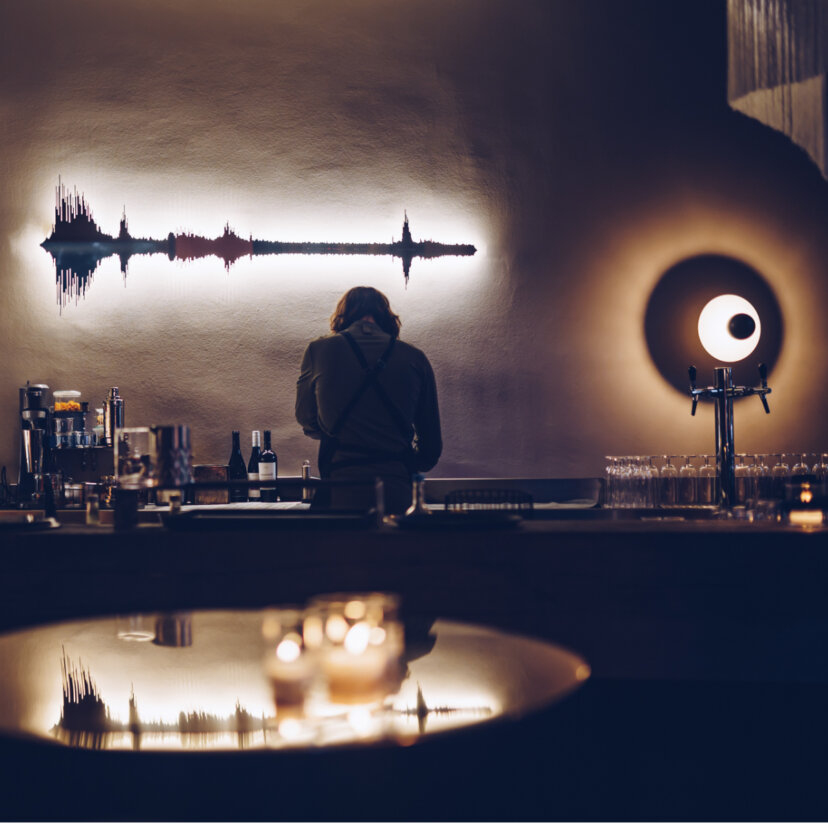 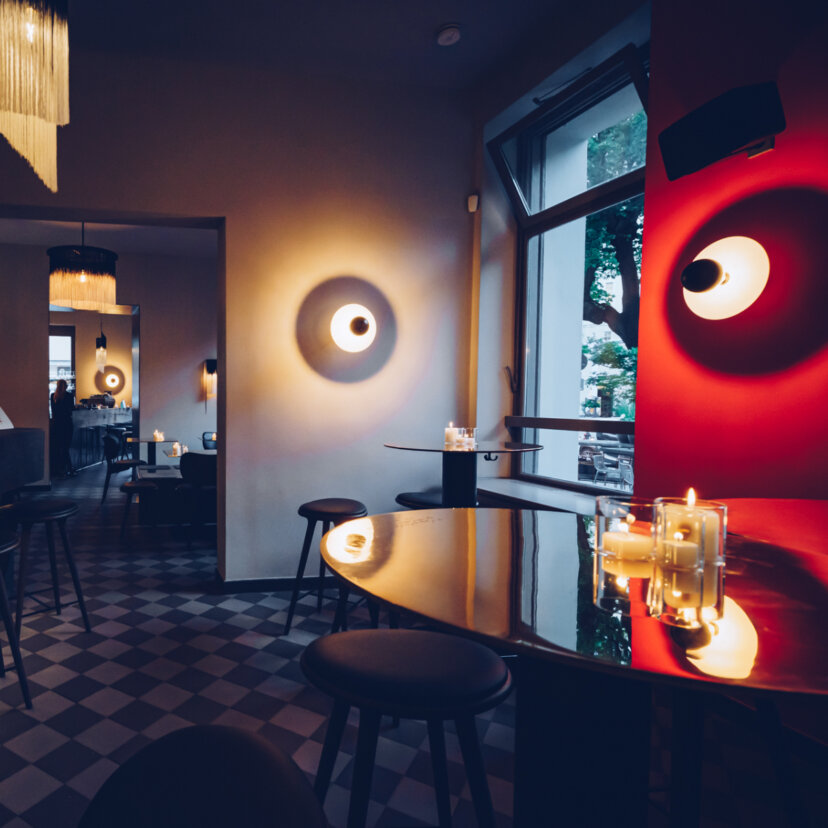 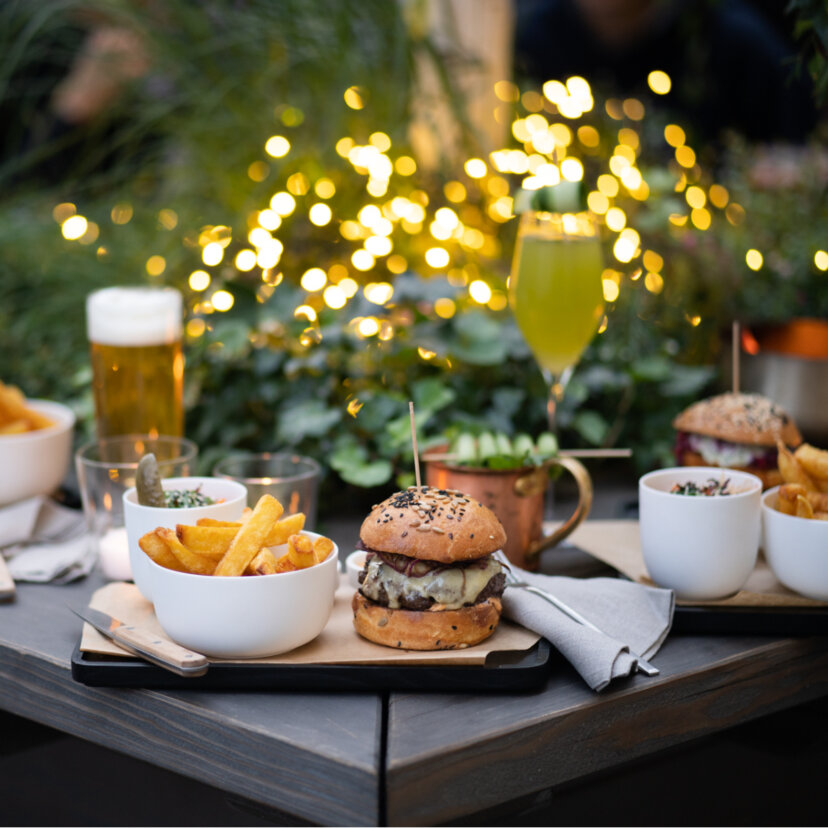 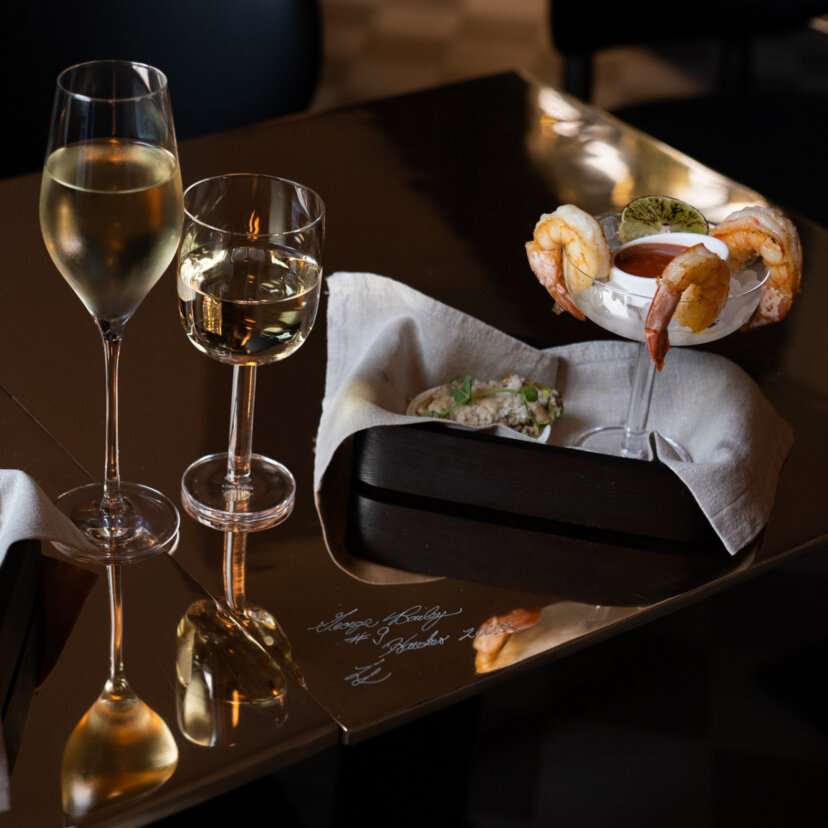 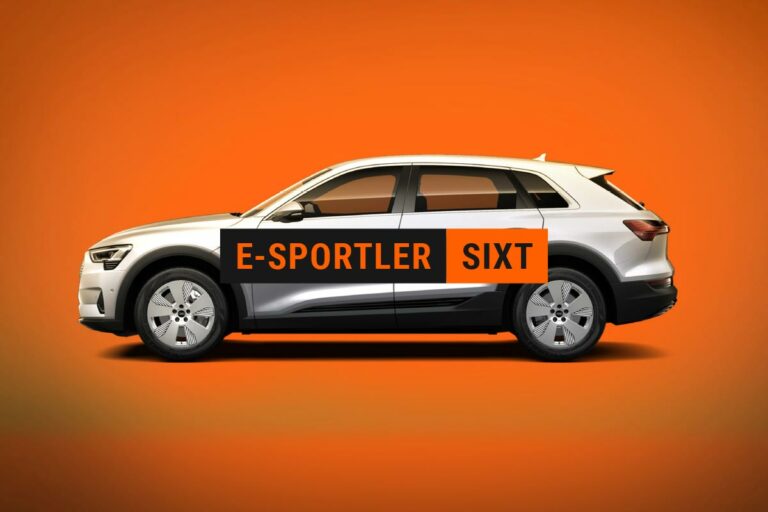